Technology is at a fast pace that the world and all of its inhabitants are overwhelmed by it. The advent of social media networking sites changed the scope and horizon of how the world socialized.

Over thousands of several square miles of seas and oceans have been successfully overcome by the likes of Facebook, Twitter, Instagram, Snapchat, Tik-Tok and other popular social networking platform out there. Now, you can be in any part of the globe and connect with people anywhere around the world.

Although global access is one great advantage with social media sites, but the craze of it can be very bad too. While socializing has been the arguable reason to be on these platforms, there is no doubt that it has actually done more harm than good.

The Harms Social Media Does 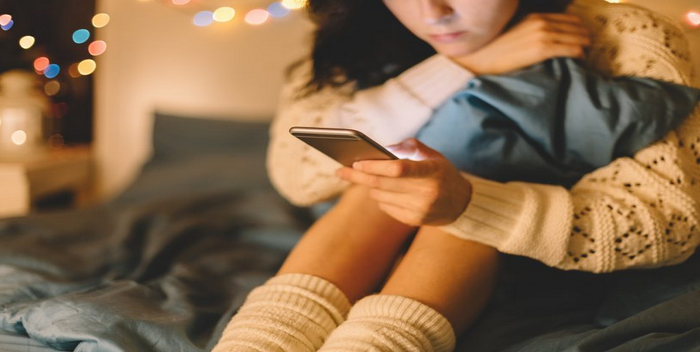 There are lot of harms that social media poses to our society today, and its negative effects outweighs the positive ones, studies have claimed. It is even more alarming coming down to the school settings, where students are often victims of social media more than anyone else.

In an environment where continuous study and concentration in academics is paramount in doing well with grades, there is no telling that social media poses a great distraction to students.

Often, students are told to make researches and get course materials online. In the wake of engaging in such studious requirement, there’s always the tendency to be attracted to social media sites that offers a sort of perceived escape from boredom.

Hours are being spent texting, chatting, video calling, checking on trends on Twitter, watching hilarious comedy videos on Instagram. It’s like coming back from some sort of time travel- students addicted to social media often attribute, when they realized the time wasted.

Researchers have highlighted areas which social media can affect students, and if you are a student reading this, perhaps you should take a cue on where you can make a change.

1. A Fall in Research and Learning Capabilities

Studies have shown that myriads of wrong information are often found on social media platforms, rather than from verified sources. As a result of this, students are rather relying more on the information gotten on this platforms.

There are claims that the learning and researching capabilities of students is on the decline. What this means is that apart from social media, a student addicted to social media is likely going to find it difficult getting information from credible sources.

Being a student requires commitment and having undivided concentration. Students too will agree that social media gets student to have divided attention over their studies.

In order to keep up with the trends and social activities online, a student is forced into multitasking between studies and being online. At the end of the day, it’s a case of reduced academic performance as a result of poor concentration in studies.

A recent survey carried out by Research Infosource revealed that communication in social media networking platforms are often done using shortened words and slangs. Instead of a student typing in full, a kind of short hand system is used instead.

There is also the characteristic feature of relying on computer grammar and spelling check during communication. In a nut shell, there have been myriads of application or software installed on phones and laptops that aids these.

As a result students find it difficult to have a great command over language, often relying on these spelling check software or apps for support. Creative writing skills declines drastically, and we may have lots of students who cannot write a simple essay.

Social media reduces the communication skills of students addicted to social media, a recent research concluded. The more time students stay glued to their mobile phones on social media, the less time they spend meeting people in person and socializing with them. It makes it difficult for them to strike normal and decent conversations with people away from the online buzz.

More so, there is a growing dissatisfaction among employers over the communication skills of fresh graduates. All these points to the lacuna social media creates in the lives of students as they transition into the world out there.

Effective communication is very essential to being a successful individual, and therefore social media steals the opportunities for students to be able to master this skill.

With the distraction that comes with social media and the insatiable desire to stay on it, it is no surprise that many students are having a crisis moment with their grades.

There is this urge students have often- to always peep at their phone and see if any messages could be waiting for them on these social platforms. This can be very bad especially when you’re very active on social media during finals. The total commitment students need to revise and prepare for exams are often not there due to their addiction to social media, thereby causing them to have issues with their grades.

Students addicted to social media can get affected health wise both mentally and physically. There is the tendency to see the real world as boring and unpractical. The virtual world of social media replaces reality, where people judge their lives by comparing it with others. The crave for likes and comments is the order of the day.

Radiation from staying long with devices used to accessing these social media platforms can lead to cancer related diseases. An imbalanced sleeping pattern or irregular eating pattern could be detrimental to physical health too.

As much as there is the positive side to using social media, the negative effects far outweighs it. A call for striking a balance is advisable. Groups and student unions in colleges and universities should take it upon themselves to orientate their fellow students on the negativity that goes with it.