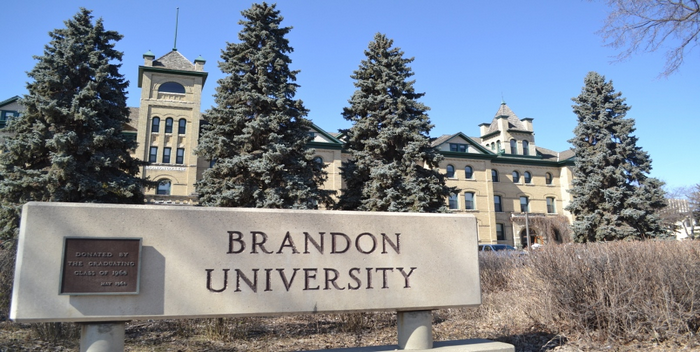 Brandon University is a prestigious Canadian university located in the beautiful city of Brandon, Manitoba, Canada. The university annually has an enrollment of not less than 3,500 students into their part-time and full-time programs at both undergraduate and postgraduate levels. The present location of the university is a successor of Brandon Institution. In July 1899, it was first formed as Brandon College before being named Brandon University.

The university prides itself on offering a good number of undergraduate and postgraduate courses through the faculties of Education, Arts, Sciences, Health Studies, and the School of Music. Other notable institutes and research centers are Brandon University Centers for Aboriginal and Rural Education (BU CARES) and Rural Development Institute (RDI).

Maclean's rankings of Canadian academic institutions in 2015 shows that Brandon University is an institution that aspirants should not overlook; its School of Music is rated as one of the best in the world. Also, the university’s press- The Quill, is an active member of the prestigious Cambridge University Press (CUP), which implies that the institution is open for more ratings in the subsequent years.

It is worth noting that the university, in conjunction with Project Hero and other organisations, offers a lot of financial aids to both domestic and international students. It is safe to say that Brandon University is a paragon of excellence and a resort for researches and innovations.