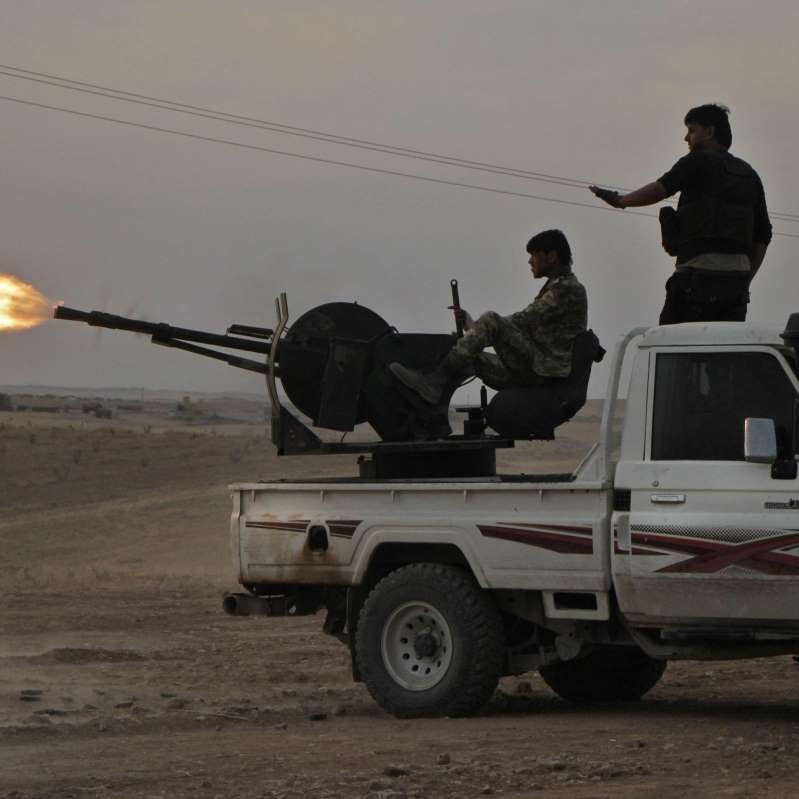 Dohuk, Iraq — Dismissing warnings from President Donald Trump and the imposition of economic sanctions, Turkey's leader has defended his attack on America's former Kurdish allies in northern Syria and insisted he will push on with the offensive until his government's "objectives have been achieved." Turkey considers the Kurdish militias who helped the U.S. defeat ISIS in Syria to be terrorists, and for years Turkish President Recep Tayyip Erdogan has wanted to push them back from his southern border, deeper into Syrian territory.


As CBS News correspondent Charlie D'Agata reported on Tuesday, it may be hard to hear Mr. Trump's demands for a ceasefire over the deafening explosions on the battlefields of northern Syria.


Despite growing international pressure to bring an end to the violence, Erdogan's forces have, if anything, stepped up their military campaign to grab land before advancing Syrian regime forces arrive to retake key Kurdish cities.

On Mr. Trump's orders, the roughly 1,000 American forces who had operated for years in northern Syria, effectively shielding the Kurds from a Turkish offensive, have been ordered out, leaving the U.S. military largely out of the picture.

Retreating U.S. troops have been seen on the move, fearful of being caught between the advancing Turkish army and its allies pushing south, and the forces of Syrian dictator Bashar Assad as they push north. U.S. officials have told CBS News they intend to get all the U.S. troops out of northern Syria within a month.

A journalist who works for Russia's state-run press posted video on Tuesday allegedly from inside the abandoned U.S. base in Manbij, right on the western edge of the Kurdish territory, saying: "I'm now at the American base. Let's see how they're living." The reporter also posted video of himself operating a steel barrier meant to thwart suicide truck bombs. There were no Russian troops seen at the base with him, nor any of Assad's forces who they back.

America's quick exit changed the landscape of northern Syria dramatically and immediately. D'Agata and his team not only had to avoid Syrian regime forces as they headed for the Iraqi border on Monday, but the Turkish military and its allied extremist militias, and an emerging ISIS threat, too.

Tens of thousands of Kurdish civilians have been caught up in the widening chaos in the region. Victims of indiscriminate shelling have packed into over-stretched hospitals and D'Agata saw for himself how under-resourced the facilities are.

One surgeon told CBS News they're desperate for medicine and equipment, and on the verge of collapse.

The United Nations estimates at least 160,000 people have been displaced by the fighting already, and that figure keeps climbing.

Defending the offensive in an op-ed published in the Wall Street Journal, Turkey's Erdogan said his country had "reached its limit," dealing with the 3.6 million refugees from the Syrian conflict who have sought shelter in his country.

Turkey views the Syrian Kurdish fighters - forces who were once America's most loyal ally in the fight against ISIS - as terrorists who must be eradicated.

Kurdish commanders told CBS News on Tuesday that some American troops had actually requested their help in Kobani, where the U.S. has its biggest base in the region, to keep the advancing Syrian regime forces out of the area until they're able withdraw.